If you read my book, How To Stop Negative Thoughts, you know that before working in Mind Loops, I was a singer, composer and musician.

Music has always played an incredibly important role in my life. It was a constant feature of my home growing up:

My Dad would improv songs every night on the piano in the basement, the jazzy notes wafting up to my bedroom through the heating vents and lulling me to sleep. My brother banged away on drums obsessively when we were kids, eventually becoming a brilliant, professional drummer. My mother played Chopin and Tchaikovsky on piano and came from a long line of classical musicians. I studied harp when I was nine years old and went on to play bass, piano, synth, drums… finally ending up as a jazz singer.

Music is a potent healing force. Neuroscience has shown that music releases dopamine – the same brain chemical that’s produced from sex and cocaine. Not only that, but music “can produce direct biological changes, such as reducing heart rate, blood pressure, and cortisol levels.”¹

How is this possible? Music isn’t a “thing” after all. It’s abstract, just a mathematical sequence of sounds. 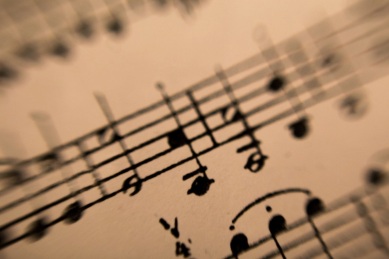 But that sequence of sounds is powerful. In regards to Mind Loops – which can lead to painful anxiety, depression, and worry – “music has perhaps the greatest potential among alternative therapies to reach people who do not otherwise have access to care.”²

“Does music heal emotional suffering? Research says yes. We now know through controlled treatment outcome studies that listening to and playing music is a potent treatment for mental health issues. Music therapy has demonstrated efficacy as an independent treatment for reducing depression, anxiety, and chronic pain.”³

SO THIS WEEK… If you’re feeling a little “loopy” (anxious, resentful, jealous, overwhelmed, worried, stressed out) I invite you to think back on the times in your life when you felt chills while listening to music, and remember which songs caused that reaction in you.

Or think of times in your life when you felt on top of the world, and then recall which songs you were listening to at that time.

Then find those songs on the Internet, iTunes, or in your music collection, and play them. Close your eyes and really listen to them – deeply and intentionally, rather than just letting them play in the background as you do the dishes. Allow those magical “mathematical sequences” enter your body and flood your brain with dopamine. Allow the power of music to help melt away the Mind Loops.

And… For those of you living in the Seattle area, come join me for a Mind Loops-busting evening of holiday jazz at the beautiful Paramount Theater in downtown Seattle! I’m giving a rare performance, singing your holiday faves – plus I have a few very special surprises… And it’s all to benefit one of the best animal organizations around: Frankie’s Friends. A couple of famous cats will even be in attendance (not just jazz cats). 😉

Tickets are available at: www.frankiesfriends.org/washington .

Wishing you a melodious week,

Photo of musical notes by Aleksander Dębowski via StockSnap