I find it fascinating that every single one of us believes we know what is Truth.

In fact, we believe our own truth to such a degree, that wars ensue over the battle of What Is True.

While wars are the extreme end of the spectrum, what about the everyday version of the “war of beliefs”, such as when a neighbor or family member expresses a version of truth that you don’t agree with? Whether or not you say anything out loud, you may scoff and think, “Wow, what an imbecile. They believe that?! That’s hilarious! Ridiculous! Sheesh…”

And yet, and yet…

Color Does Not Exist 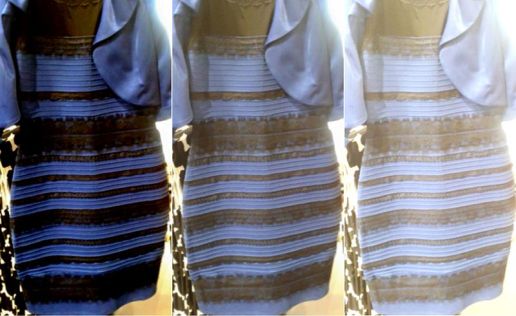 If we look to where our Truths originate from (that is, our “stories about What Is), we can see how and why they are so fluid and unreliable.

Take for instance the dress in a photo on Facebook that had people vehemently arguing over whether it was black and blue, or white and gold. Tens of millions of people argued over this! For weeks!

But did you know that the scientific reality is there are no colors here on earth? Literally: Color does not exist. The world is black and white. What we perceive as color is a specific band of light that’s reflected off of an object, enters our eyes, and our brain interprets that wave(s) of light as color. So there is no truth about whether the dress is black-and-blue or white-and-gold. No one is right or wrong. It depends on how the receptors in your eyes take in the information and how your brain interprets that information that determines your color “truth.”

Same with every one of our senses.

But even if our senses can’t be trusted… surely our long-held beliefs can. 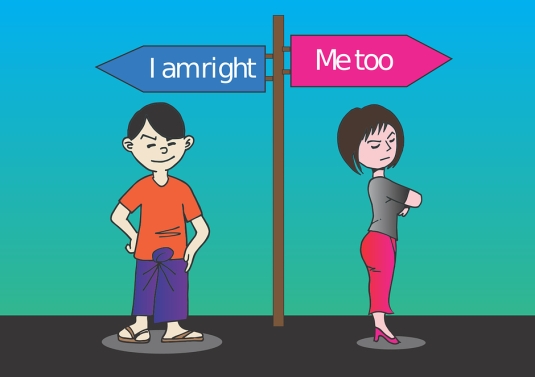 The arena of Belief is where the real arguments and even wars come in – because our beliefs are so deeply imbedded and all-important to us. I mean, doesn’t every one of your beliefs – about family, politics, your values, sex, marriage, money, right-and-wrong, everything – feel as real and true to you as that cup of coffee that’s sitting on your table as you read this?

Of course they do.

And yet one tiny perception change can alter your belief, your “truth.”

Let’s say when you were a kid, your best friend came from a wealthy family, whereas your dad struggled to find work. One evening during dinner, you tell your family how your friend’s dad just got the coolest new Porsche car and you got to go for a ride in it! It was such a blast!

In the middle of your excited re-telling, your dad interrupts to spew vitriol about the greediness of rich people and how they’re always showing off and what a-holes they are and don’t ever be like them…

The next day you’re at your friend’s house and his dad offers to take you both for a ride again in the new Porsche. And suddenly a new thought pops into your head: “What a showoff! He thinks he’s so great just because he has a bunch of money. Probably is an a-hole, just like my dad said.”

And just like that: Wealthy people are selfish, greedy a-holes. I sure never want to be like one of them.

That becomes your TRUTH. (And we know how that “truth” can alter the earning potential of someone who believes it well into adulthood)……

Let’s look at this idea of What Is True with a different subject. How about something “easy” to discuss like, say… What happens after death?

Everyone has a belief about what happens after death which is as true for them as the the color of the dress in the Facebook photo is blue. (Or white). They are certain about it.

Or if they don’t have their own strong belief about what happens, they sure as hell can tell you what doesn’t happen after death:

“Haha! You’re telling me that there’s some place in the clouds we go with big gates and there’s some old powerful man in there who judges us? You actually believe that crapola? Give me a break!”

“What?! You believe we just die and disappear?! I’m telling you, this isn’t all there is. I’m certain of that!”

We can argue for millennia about the truth of what happens after death (and we have). But the truth is that we don’t know. And I personally LOVE that mystery! Especially because every one of us gets to experience something at death – even if that experience turns out to be Nothing. So the mystery will be solved at some point.

Now, I am certain (see there it is again) that there are people reading this who are thinking to themselves:

“She’s an idiot! How can she say that it’s “truth” we don’t know? I have proof! My great aunt passed away years ago and she visits me!”

“I went to a past life regression hypnotherapist and I saw a past life when I was an Egyptian slave building the pyramids! She can’t tell me that didn’t happen!”

“The Bible says that there is a heaven and hell – and That Is The Truuuuuth!”

I have been a seeker my whole life – ever since I was a little kid. Always trying to “eff” the ineffable. In fact, breaking spy codes was one of my favorite pastimes as a little girl. As an adult, I have continued the adventure of attempting to break codes – it’s just that now the codes are about what it means to be alive and what our minds can do, and how to live with more joy while we are here.

I love sharing with you my version of reality, my version of Truth, and the ideas and tools that have helped me feel happier and more excited about being alive here on this astounding planet (through my book and courses and blog).

I love receiving your comments and hearing your views. I love the conversation about What Is True.

Here is my question for you:

What if you (and I) don’t know the truth… in fact CAN’T know the truth – about pretty much ANYTHING? (Even if we think we know it). What if an objective “truth” doesn’t exist? What if it’s ALL subjective – in the “eye of the beholder”? What if the truth is INEFFABLE? Would that be okay with you?

I value you and your Truth – even if I don’t agree with it.

And that, my friend… is the Truth.

Here’s to your limitless happiness!

One thought on “The Truth Is effing Ineffable”